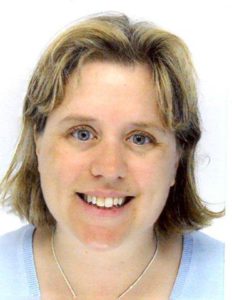 Annemarije Pronk graduated in 1999  at the University of Amsterdam with her thesis  “Dutch paintings in the Louvre; policy on art and Revolution 1795 – 1815″. Since 2010 she is a licensed guide interpretor authorized in any French national museum.

Between the beginning of 2001 and the end of 2005 Annemarije worked for the French embassy in the Hague as a commercial attaché. Here she contributed to best practices of European directives and edited economic sector reports. After moving to Paris at the beginning of 2006, she wrote several interviews and  reports for the Dutch Union of France that exists for more than 100 years. For S.O.S. Paris, an organization that safeguards Paris from unattractive buildings, she also wrote articles. Upon return in Amsterdam she started working as a newsreader of local radio station Amsterdam Radio FM.

Since beginning 2015, Annemarije found her challenge in the world of journalism. To serve at the same time both the reader and the people being interviewed is the ultimate challenge for a free-lance journalist she finds. Since August 2019, Annemarije works as a licensed museum guide interpreter for the Rembrandthuis in Amsterdam.

Article about my admissions in a hospital (2013): “Opnames in Parijs”

Articles published since March 2015 up to September 2018 : DWARS copies at www.oost-online.nl

2 articles about TTIP “on a personal basis” (7 publications in local, regional and national newspapers)